The words, “I’m sorry” can get us out of trouble when we’ve done something wrong or hurt someone we care about but the key to a good apology is really meaning it and convincing the other person that you are truly remorseful. Apologizing just for the sake of keeping the peace is not an effective way to apologize. In doing so the recipient of the apology will most likely see through you and realize that your apology is insincere. A sincere and well timed apology, however, will help to mend the relationship that was harmed by your words or actions.

The most important way to prove that you are truly sorry for hurting someone is to ensure that the hurtful action is not repeated. Apologizing over and over while continuing to make the same mistake shows that your apology is not really sincere. On the other hand if you really mean that you are sorry for an action you will take careful steps not to repeat this action. Apologizing for your actions is one thing but being cautious not to repeat your actions really proves that you are indeed sorry.

Being specific regarding the reason for your apology also really proves that you are sorry. Many people are quick to offer an apology when they realize someone is upset with them but often they don’t take the time to figure out why the other person is upset. Apologizing without stating the reason for the apology shows that you don’t understand the problem and that you are not sincere in your apology. This is not an effective way to make an apology. However, if you offer a specific reason for your apology you are proving that you understand what you did to hurt the other person and that you do not want to repeat that action.

Another way to prove that your apology is authentic is to be sure to offer the apology in person. Having a third party speak to the person you have offended or apologizing via email or voice mail conveys a lack of caring. This kind of apology shows that you aren’t truly sorry for your actions. Meeting with the person face to face to have a sincere conversation and offer your apology is one way to really prove that you are sorry. It shows that you care enough about the other person to meet with them directly to try to make amends for your contributions to the disagreement.

In apologizing, if you want to prove that you really mean it, be careful not to place blame on the person you are apologizing to. Your apology is about telling the other person why you believe that you did something wrong. While they may have contributed to the situation, now is not the time to point out their faults. Instead take full responsibility for what you have done wrong. Accepting full responsibility for your actions and apologizing for them without placing blame on the other person will prove that your apology is sincere.

The timing of your apology can also help to prove that you really are sorry. Waiting too long to apologize may show that you donít really care and that you are simply apologizing as an afterthought. An apology that is made too early may risk being ignored because the recipient of the apology is still too upset to listen to what you are saying. Itís important to give the other person a chance to vent their anger and calm down before rushing to apologize. After a reasonable amount of time approach them and let them know that you understand their anger and believe that it is justified and that you wanted to give them a chance to calm down before apologizing.

Sometimes it is not enough to simply apologize for your words or actions. It is often necessary to not only apologize but to also prove that your apology is sincere. A truly sincere apology proves that you are sorry by addressing the issue and acknowledging what you have done wrong while validating the other personís right to be angry and addressing how you will avoid similar actions in the future.

Likewise, if I properly request to be forgotten, you will delete the data you have for me, or make it inaccessible. I also understand that if there is a dispute regarding my personal data, I can contact someone who is responsible for handling data-related concerns. If we are unable to resolve any issue, you will provide an independent service to arbitrate a resolution. If I have any questions regarding my rights or privacy, I can contact the email address provided.
Cookie SettingsAccept All
Manage consent 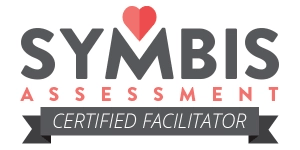